This morning I find myself thinking about Mr. Rogers. I grew up with Mr. Rogers and was part of a generation that trusted him as our neighbor. So, when Mr. Rogers testified in front of Congress to defend funding for public television, he had a tremendous amount of credibility and ethos with the American public. Sometimes I watch this video when I need to be reminded that it’s ok to care about things.

Astronomers have Neil DeGrasse Tyson and physical science folks have had Mr. Wizard and Bill Nye. People that have earned the public’s trust and now can advocate for science.

I’m thinking a lot tonight about communicating science and why communicating science is important. This morning, I left Dr. S., Little I and Tiny Diva behind in our corn and soybean field-covered state to travel to our nation’s capitol to talk about these things. I’ve been talking about talking about science in my own cryptic way for a long time. Almost 10 years. Almost 20K of you watch me talk about science, or my life, or shenanigans in some way or another, but I’ve never really articulated why any of this is so important to me.

It’s important to me.

Sometimes, after he’s been on attending service, Dr. S. comes home and little glimmers of what he’s seen shine through the cracks in his facade. Honestly, I don’t know how he does what he does. We have five children between us. Still, after spending a day with some of the sickest patients I have ever seen…a day with people who die agonizing deaths after receiving agonizing treatments…he still has the heart to bounce Tiny Diva on his knee, or take Little I to look at comic books, or play video games with Mini S, or harass Kid 2 to clean her room already, or text Kid 1 about whatever ephemera is on her mind, or just spend a quiet night snuggled up with his family. Sometimes my heart breaks to lay next to him and think about the burden that must weigh on his soul.

There are people that are on the front lines with these patients and there are patients that are suffering. Seeing that leaves a mark. So, when I realized recently that my lab might have some technology that could help some of these people, I made a promise to do everything we could to help. I’m not the sort of person that can work on the esoteric boundaries of science.  I became a physiologist because I could see the translation from the bench to the bedside.

Some of my earliest work was in understanding how air pollution impacts the lung. I was tickled when I saw that the EPA was using our work to advocate for clean air standards. It meant that what I was doing was going to be used to protect someone – and the population I was initially interested in protecting was children. They are some of the most vulnerable to poor air quality.

I was really lucky to get a postdoc fellowship in pediatric critical care medicine. I didn’t have the foresight to see how much this would change my life, so stumbling into this opportunity was fortuitous. Still, it changed me. I met some of the most incredible people I’ve ever known – a physician who take cares of little people in the most intense(ive) situations with so much care, another who spends his spare time making sure his patients’ bike helmets fit, another who is driven to try to fix birth defects of the heart and lungs, and another who wants to help babies that are born far, far too soon. And, I watched the teeniest, tiniest of their patients, born months too soon, struggling to breathe, with paper thin skin. I saw their parents and my heart was really changed.

I tell my students that our mission is to come up with strategies to help treat some of the most life threatening challenges these babies face and to understand what’s going to happen to them when they grow up.One of the publications I’m proudest of is about a single little girl. We were working on something in the lab, and it helped her. It’s hard to communicate a mission to people unless they really feel it, but sometimes we’ll come across a 600 gram rat and I’ll ask them if they realize that it’s  the same size as the babies we’re trying to help. Sometimes their eyes light up with the realization. When they make that connection with their impact beyond the science, their commitment changes.

But, marketplace medicine scares me and I worry that now, more than ever, we need the public to be our partners in this. When you add up the dollars and cents of caring for a premature infant, how would they fare in the free market? But, if you could look at someone, show them a 600 gram something, show them the mother that is suffering, and ask them to help, I think you could really get somewhere.If you could show them how far we’ve come and where we’re going, and how invested you are in making a difference, you might be able to truly develop a partnership. You might convince them that funding these lines of research is more important than building a bigger bomb.

Sometimes when I listen to NPR, I hear ads for the John D. and Catherine T. McArthur Foundation. They are always the most memorable to me. The voice over actor says that they are “committed to building a more just, verdant, and peaceful world at macfound.org.” That’s an incredibly lofty goal. I want to believe that we could do those things. Then I remember how lofty our goal of climbing Everest or reaching the moon was, and I wonder if we could convince the public that achievement on that scale is possible again. Not that scientists are academicians who can’t be engaged, but that some of us are committed to going for broke to solve these problems. This stuff keeps me up at night.

How do we make the public dream with us again and believe that we might be able to solve problems together?

It seems to me that the advice to pre-tenure faculty to not let yourself be seen as riding the success train of more senior faculty is in direct opposition to current trends in NIH funding. Sure, we all want to show what good, independent, senior author scientists we all are, but it is extremely difficult to secure a  grant (R01 equivalent) without the support of a senior collaborator. It is very hard to get tenure without a grant.

I feel like I am channeling the world famous grant writer @igrrrl this morning, as I edit research proposals. If you don’t follow her, you should. Her writing advice is generally gold and the nuance of words that she appreciates is brilliant. So far, I have written statements sort of like the following:

I still make these mistakes all the time in drafts and have to go back and find them and destroy them. I like to think the frequency of these grammar bombs is decreasing though. And, I haven’t used a semicolon since 2007.

Speaking of scientists having hopes and dreams, I am really starting to feel why the pipeline leaks. A house with two, demanding academic careers and small children is no joke. I feel like I am constantly running to the next thing, but the time for cooking healthy food and actually running has been sucked out of my life.

I am le tired, Donald Trump is Time Magazine’s Person of the Year, and it is -100F outside.  We cannot hope to understand any of this because it is not an attainable goal; or so previous studies have shown.

I may be one of the few people in my social circle that likes some of what Ben Carson has to offer. I think everyone has their strengths and weaknesses and while Ben Carson has his share of weaknesses…. 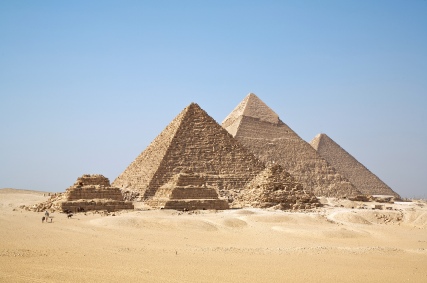 …he also has a lot of strengths. I appreciate that he is openly reflective about his struggles as a young man. He became chief of pediatric neurosurgery  at 33 years old and is a world-renowned, well-published academic surgeon. That is to say, while some of his views may be too extreme to make him a good president, he has gifts and strengths that could certainly be used to benefit the American people. It makes me wonder if we shouldn’t be trying to capitalize on people’s strengths for the benefit of our country. I mean, he was awarded the Presidential Medal of Freedom. His Scholar’s Fund has awarded 6,700 $1000 college scholarships. Surely, this guy’s got some things we could benefit from.

What I am completely, utterly baffled by is why he would agree to be Trump’s HUD secretary. Trump has been horrible to Ben Carson. He questioned Ben Carson’s temperament and fitness during the primaries. He equated Carson’s self-described former”pathological” temper with being a child molester, saying:

So, if you’re Ben Carson, how can you possibly agree to serve as HUD secretary under Trump?  How could you work for someone who implied that you were incurable? And if you’re Trump, and you truly believe that someone has a pathological trait that puts them on the same plane as a child molester, how do you consider hiring that person? And how do you consider hiring them into a position that serves some of our most vulnerable citizens?  If I’m going to make that sort of claim about someone (which I can’t see myself doing), I’m not going to turn around and hire them. What does this tell you about Trump’s sincerity and judgment?

Given Trump’s rhetoric around poverty and race, I suspect that he lacks any understanding of the nuances of these issues and has not intention of addressing them in any meaningful way. His selection of Ben Carson, putting a black man in charge of housing and urban development, is a hand wavy and trivial gesture that will in no way win over the part of the electorate for whom these are important issues. And that’s a damned shame because I suspect that, given the opportunity, Ben Carson could actually have a lot to offer.